"We know that water in the Brazilian northeast can mean the difference between life and death."

I don't know if you will have the chance to read this letter but I write believing that you will.

My husband and I had the honor of meeting you personally in Florianópolis where we live when you were running for president and you agree to take a picture with us in our bathing suits at Lagoinha.

We like to travel all around the world and around Brazil. So I want to tell you what I've seen and what justifies the admiration we have for you.

Driving by car from Fortaleza to Maceió, we saw cisterns in front of most houses and we know that water in the Brazilian northeast can mean the difference between life and death.

From Maceió to Paulo Afonso, we work being done on the transfer of the São Francisco River and the joy of people who knew that life was about to change for the better.

In the Amazon, during a cruise on a Spanish ship down the Amazonas River, we visited the home of a man on the river bank who made a living from grinding manioc. When we arrived he would grind the manioc with a motor. He had electricity and he knew it was thanks to you.

On another visit, in the floodplain, I asked the homemaker what they did if they needed assistance being so far from Manaus. She told me that because she had electricity, she now had a cellphone and that she could call for help and it would arrive by plane in 45 minutes.

Not to mention bolsa família; minha casa, minha vida; and the other programs that give people a home in the place where they were born so that they don't need to move somewhere else, away from their customs and their family and where they are generally considered less qualified than others.

Without forgetting, President, in the educational advances that took place in the country, where the poor man began to have access to schools which had heretofore been private and available only to the dominant elites.

I was born in the South, where we are elitists by deformation, and not because we are better than others. But we also produce valuable men and women like Getúlio, Brizola, Jango, Zilda Arns, and like you and them, I dream of a more equal country.

So, President, you can be sure that the price you are paying is for believing in that dream.

We will visit the encampment in Curitiba bringing solidarity, blankets, and this letter to you.

From your admirer and voter 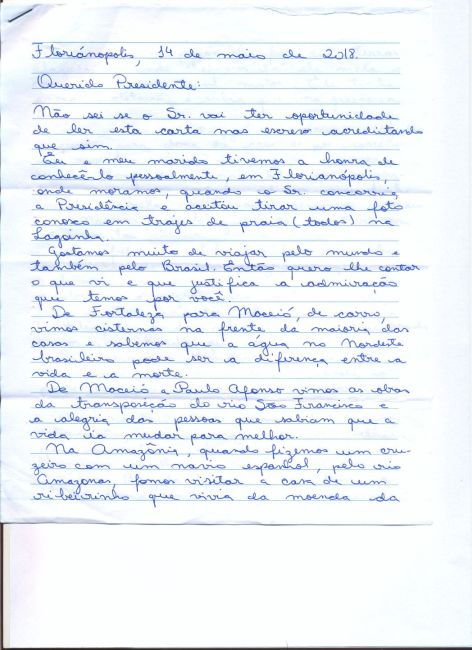 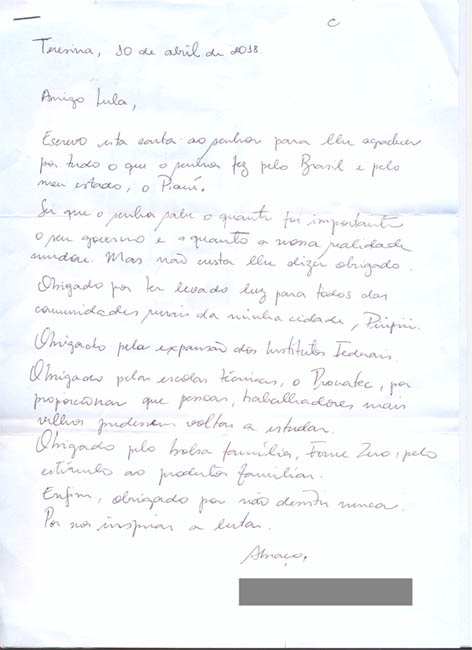 "Thank you for never giving up." 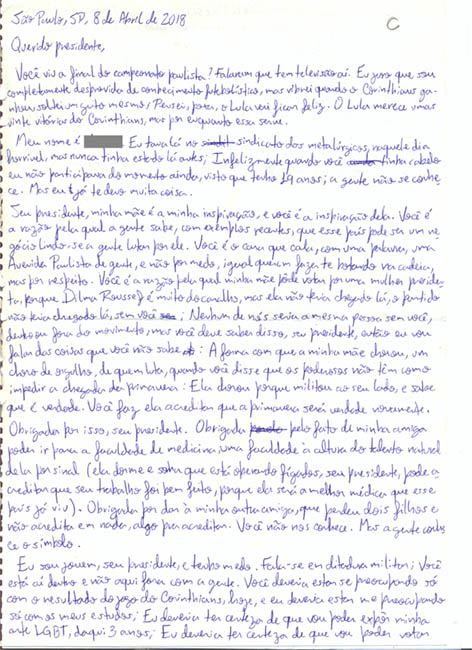 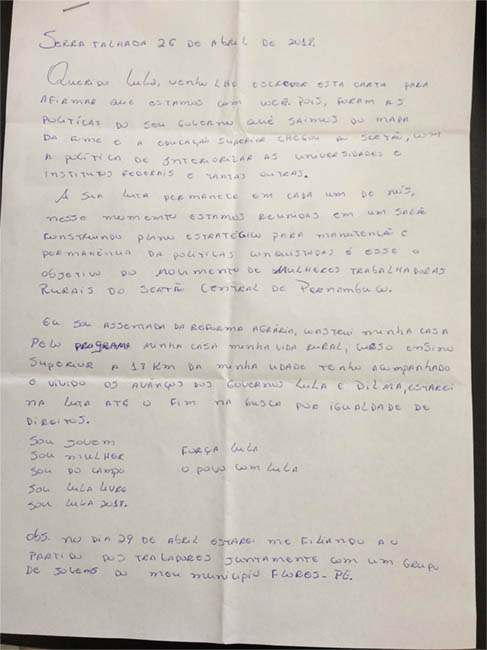 "I received land from agrarian reform" 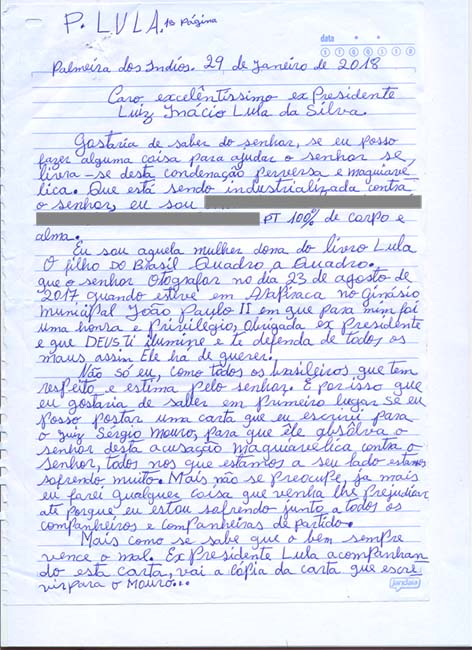 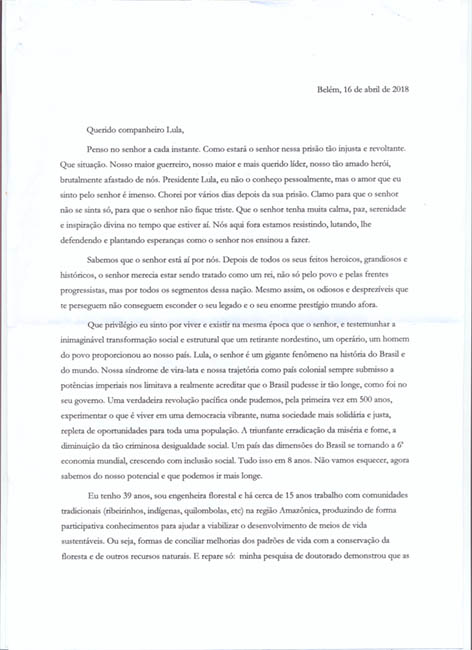